Laurie Pope  from St Annes on Sea in Lancashire, became Wythenshawe’s 1,000th transplant patient in April 2014. Born with cystic fibrosis, she had been given only months to live, when she received a telephone call from the transplant coordinator about the immediate surgery in April 2014.

Laurie had been on the transplant list for two and a half years and had had 14 stand-by alarms about an organ, before she got the call she had been waiting for in April this year. She had been cared for by Wythenshawe Hospital’s cystic fibrosis unit on Pearce Ward since the age of 18. 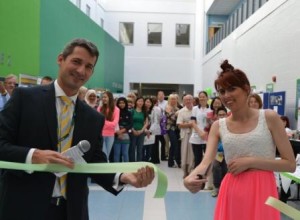 In September 2014 a celebration to mark the event was held at Lancashire County Cricket club to which many recipients attended: