As I set off on a lovely hot day to my fifth transplant games in Birmingham, it was with some reservations. Not about the city of Birmingham as such, which may have strange speaking natives and mistakenly believe in its “second city” status, but still manages to be a good place to visit. No, my reservations originated from a feeling of apprehension attending my fifth transplant games as a ‘non-competitor’.

Some surgery had been inconveniently scheduled a couple of weeks before the games, not leaving enough time to recover let alone build up any level of fitness. Such is the life of a transplant recipient; if the doctors say you need something doing you get it done. But one of the main appeals, for me, of the games has always been that it provides a chance to do all the kinds of activities I couldn’t do before my lung transplant in 2011. Would going to Birmingham leave me feeling like Paul Gascoigne when he gets his booking and realises the spectacle of the World Cup Final would be happening without him? England got knocked out on penalties so he was getting nowhere near the final anyway, but you get the point.

With all this doubt about whether I’d even enjoy it swirling around in my head on the journey how did I go from that to it being the best transplant games I’ve been to? No disrespect to the other host venues I’ve done – Sheffield, Bolton, Newcastle, and some back-of-beyond place in Scotland, but Birmingham got it all just right.

I also think I underestimated the power and the magic of the games and the transformative effect of being there and celebrating others’ achievements.  As I wasn’t competing I took a leisurely approach to the whole thing, strolling from one competition to another, cheering on teammates and enjoying the spectacle of so many other people who’ve come through so much and just want to celebrate taking part in sport. My family came down with me and we treated it as a holiday. It wasn’t a week in Val’s Guest House in Rhyl but it came close. I relaxed and soaked up the atmosphere. I didn’t need to worry about where to go or what time I needed to be there. I didn’t have to get “in the zone” before any events (playing Let’s Get Ready to Rumble by PJ and Duncan at full blast in a hotel room is my usual preparation for ten-pin bowling).

The various venues were all set within the beautiful grounds of the university. The only exception was the track and field on the last day, but up until that point everything was completely self-contained. All the teams were in the one place, ate together, competed there and socialised there. This helped add to the atmosphere. I always enjoy the unique feeling of the games, but this year, even standing on the sidelines, it had an extra special buzz. Saturday night had a real festival flavour with all ages enjoying themselves, barbecues and picnics on the go, big-screen cinema, kids chasing either each other or a football.  The weather helped too, I suppose.

The only time we ventured out as a team was for the opening ceremony in the centre of Birmingham, which also included a World Record attempt at the highest number of transplant recipients together in the same place.

It was another successful year for Wythenshawe. Even my own zero contribution didn’t matter in the end as I got a reminder what the transplant games is all about. As for the rest of the team we punched above our weight as usual in the medal department and took our biggest ever team to a games. Still plenty of room for any newbies who fancy giving it a try next year in Newport. Congratulations to everyone in the Wythenshawe team who brought back 32 Medals.

The 2019 British Transplant Games are taking place in Newport from Thursday 25th July – Sunday 28th July. If you would like more information please contact the New Start Office 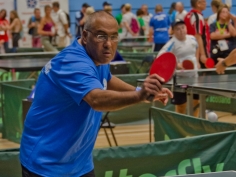 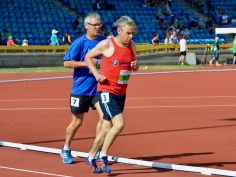 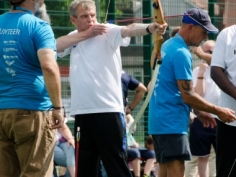 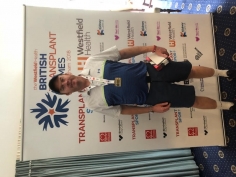 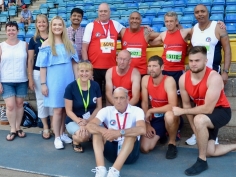 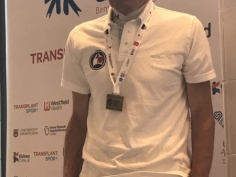 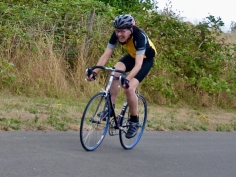 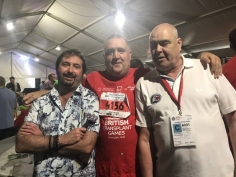 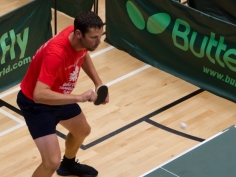 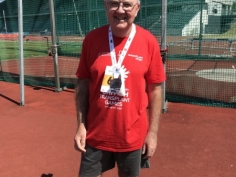 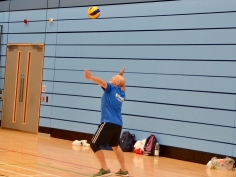 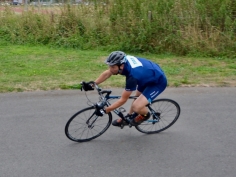 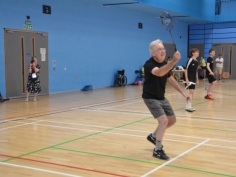 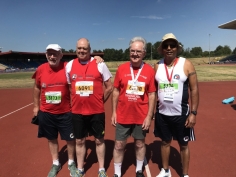 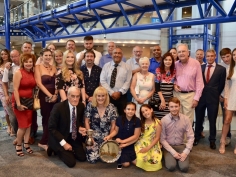 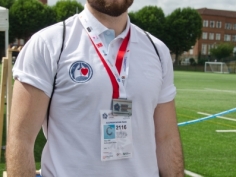 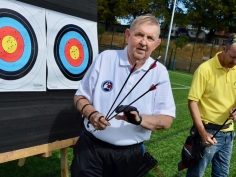 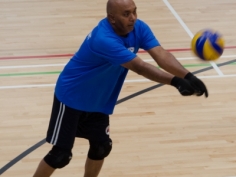 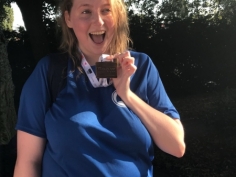 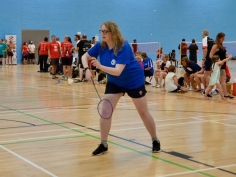