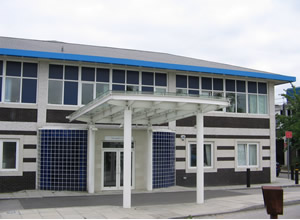 The Transplant Centre was opened in 1993, this dedicated centre is one of only five transplant units in the UK. The unit comprises an outpatient assessment centre, operating theatre and an intensive care ward. The Jim Quick Ward and the Research Centre were later added to make Wythenshawe one of the first fully integrated Heart and Lung Transplant Centres in Europe.

Patients are referred to the unit from all over the country but the majority are from the North West region. Patients always have the choice of where they would like to go for treatment. The unit has treated people from Cumbria in the North to Stafford in the South, South Yorkshire in the East and as far as Anglesey and other part of Mid and North Wales.