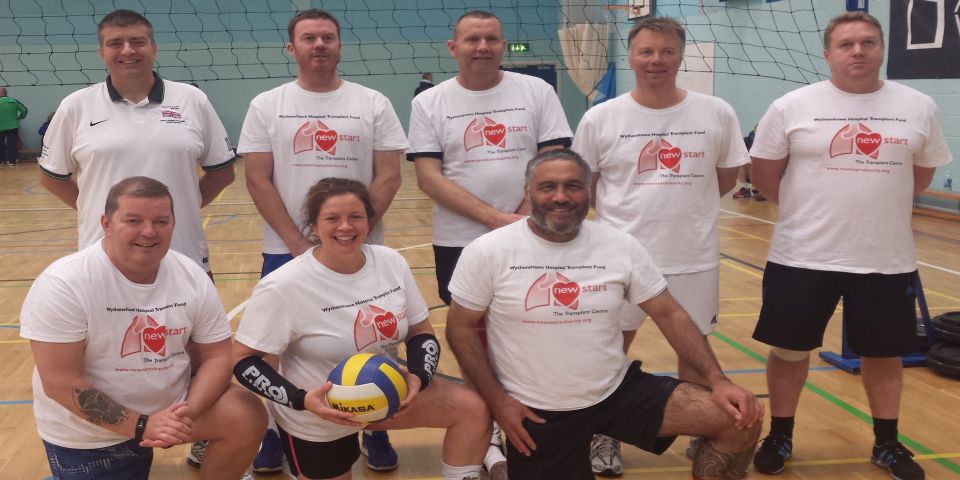 After attending my first Volleyball event last year in Newcastle as team manager, I decided that with the help of some of the team, there was no reason why Manchester couldn’t organise it in 2015. And once we’d located a venue, and a Hotel that could hold the Gala Dinner, we were half way there. Now we just had to get some teams and as usual the various centres didn’t disappoint, arriving from far and wide to play.

On the Friday night an informal get together was held in the pub for everyone who’d travelled to Manchester. Some of the Freeman team were delighted the “Boro” match was live on television and everyone felt relaxed and ready for the following day. Some of us retired to bed at a reasonable hour but the Belfast team – having not touched down at the airport until 10pm – decided that as they’d missed out on a few drinks, they needed to keep the bar in profit until the early hours.

Saturday dawned cold but bright (yes the sun does shine in Manchester sometimes) and we all headed to Wright Robinson College (or Wright Robbie as it’s known locally) for the volleyball event.

Six teams took part in what turned out to be a very enjoyable day. The loudest cheer was for Louise Mclellan from Freeman when she got the ball over the net for the first time. The bravery award has to go to Alex Watson and Alan Schofield who both played volleyball for the first time and ended up with badly bruised forearms.

The results were as follows:

The evening Gala Dinner, and Prize Giving, was attended by 75 guests, A disco followed where most guests made shapes on the dance floor, some of them in time to the music.

A big thank you goes out to all the Wythenshawe team who helped on the day, and also to the players who helped out with the refereeing, not forgetting our official referee Martin Lisowski. Finally thanks to Neil Macdonald who sorted all the teams and the order of play.